Here is a surprising reply coming from Mr. Iftikhar Ahmad to one my posts dealing with the Saudi-funded Islamic Academy in Northern Virginia - revealed as an American madrassa in disguise teaching kids to kill jews and infidel crusader dogs.

And who is Mr. Iftikhar Ahmad, you may ask? Acording to his signature line he is from the London School of Islamics Trust (www.londonschoolofislamics.org.uk)

Mmmkay...here is his comment to my original post -which by the way had nothing to do with the Islamic shools in the UK. That makes me wonder why did he took offense on my article - unless both, the Islamic Academy in VA and his London based organization are funded and run by the same Saudi individuals.

"Kill The Infidels, Kill The Jews, Kill Those Who Renounce Islam"

London School of Islamics is an educational Trust. Its aim is to make
British public, institutions and media aware of the needs and demands of the
Muslim community in the field of education and possible solutions. Slough Islamic school Trust Slough had a seminar on Muslim
education and schools in Thames Valley Atheltic Centre. The seminar was
addressed by the education spokesman of MCB. I could not attend the seminar
but I believe lot of Muslims from Slough and surrounding areas must have
attended. Very soon, the Muslims of Slough will have a state funded Muslim
school but there is a need for more schools. A day will come when all Muslim
children will attend state funded Muslim schools with bilingual Muslim
teachers as role model. Muslim schools are not only faith schools but they are more or less
bilingual schools.
Bilingual Muslim children need to learn standard English to follow the
National Curriculum and go for higher studies and research to serve
humanity. They need to be well versed in Arabic to recite and understand the
Holy Quran. They need to be well versed in Urdu and other community
languages to keep in touch with their cultural roots and enjoy the beauty of
their literature and poetry.

Bilingualism is an asset but the British schooling regards it as a
problem. A Muslim is a citizen of this tiny global village. He/she does not
want to become notoriously monolingual Brit. Pakistan is only seven hours
from London and majority of British Muslims are from Pakistan. 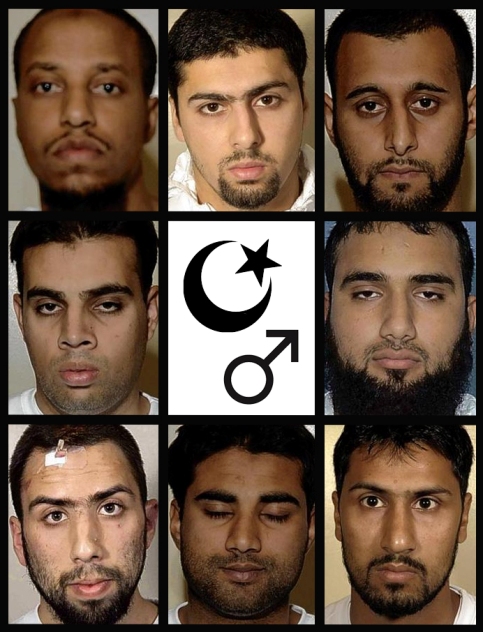 More than third of British Muslim have no qualifications. British school
system has been failing large number of Muslims children for the last 60
years. Muslim scholars see the pursuit of knowledge as a duty, with the
Quran containing several verses to the rewards of learning. 33% of British
Muslims of working age have no qualifications and Muslims are also the least
likely to have degrees or equivalent qualifications. Most of estimated
500,000 Muslim school-aged pupils in England and Wales are educated in the
state system with non-Muslim monolingual teachers. Majority of them are
underachievers because they are at a wrong place at a wrong time.

Bilingual Muslim children need state funded Muslim schools with bilingual
Muslim teachers during their developmental periods. There is no place for a
non-Muslim child or a teacher in a Muslim school. As far as higher education
is concerned, Muslim students can be educated with others. Let Muslim

community educate its own children so that they can develop their own
Islamic, cultural and linguistic identities and become usefull members of
the British society rather than becoming a buden.

We are living in an English speaking country and English is an
international language, therefore, we want our children to learn and be well
versed in standard English and at the same time well versed in Arabic, Urdu
and other community languages. Is there anything wrong with this approach?

It is not only the Muslim community who would like to send their children to
Muslim school. Sikh and Hindu communities have started setting up their
schools. Last week. British Black Community has planned the first all black
school with Black teachers in Birmingham.

Scotland's first state funded Muslim school could get the go-ahead within
months after First Munister Alex Salmond declared he was sympathetic towards
the needs and demands of the Muslim community.

Posted by Transsylvania Phoenix at 9:22 AM

None of the so called 9/11 and 7/7 terrorists were educated in Muslim schools or in a Pakistani Madrassa. They all recieved western education, which makes a man stupid, selfish and materialistic.

Whoa! It didn't took you very long to reveal your true colors, Ahmed.
"Western education makes a man stupid , selfish and materialistic"?
If that the truth, what the hell are you doing in England? Why didn't you just stayed in the muslim country you came from - if the education there makes people smart, non-materialistic and selfless?
Oh, and one more tought...if the 9/11 and the 7/7 terrorists were not educated in the true spirit of Islam in muslim schools or Pakistani madrassas, then I guess they learned how to become Islamic terrorists and kill infidels in the Biology class held by Ms. Brown?