How many times did you hear libtards on Internet forums saying "I have lots of muslim friends and none of them is a terrorist"?

When you respond "not all muslims all terrorists but most terrorists are muslims" they point an accusing finger at you and say: "how many muslims do YOU know?"

As a matter of fact, I do know lots of muslims.

Here is one moderate muslim the liberals would undoubtedly put in the "friend" category and use as an example to argue with you:

Farooque Ahmed, the Pakistani-born Virginia man accused of plotting to bomb Washington-area subway stations, lived in middle-class suburban comfort with his wife and their infant son. They held steady jobs in northern Virginia’s technology industry and mostly kept to themselves.


They got along with neighbours, sometimes even cooking saffron rice and chicken for them. Ahmed enjoyed fishing, and his English-born wife, Sahar Mirza-Ahmed, was part of a group of “Hip Muslim Moms.” Both were on social-networking sites.


He worshipped at the All Dulles Area Muslim Society Center, a mosque with several branches in northern Virginia, coming to prayers occasionally by himself, said Robert Marro, a member of the board of trustees. The ADAMS Center, as it’s known, issued a statement Wednesday expressing outrage at Ahmed’s alleged plot. It also urged people to alert authorities if they know about Ahmed’s activities or see any suspicious behavior.

Posted by Transsylvania Phoenix at 9:29 AM No comments:

Watch this. you won't regret it.

Video is in Chinese, with English subtitles

Posted by Transsylvania Phoenix at 10:38 PM No comments:

Move along Dirty Harry, here comes The Rock with twice the gun

Check out Dawyne Johnson's aka The Rock upcoming flick "Faster".

Looks like it's gonna be an awesome action movie. Here is the trailer.

Did you noticed the hand canon he is using? For those who can't identify it, that's a Ruger Alaskan in .454 Casull caliber.

In the old days Clint Eastwood's character Dirty Harry used to dispatch the bad guys with a .44 Magnum who according to him was the "most powerful handgun in the world"

I know what you're thinking. "Did he fire six shots or only five?" Well, to tell you the truth, in all this excitement I kind of lost track myself. But being as this is a .44 Magnum, the most powerful handgun in the world, and would blow your head clean off, you've got to ask yourself one question: Do I feel lucky? Well, do ya, punk?

In his movie "Faster" Dwayne Johnson is using the Ruger Alaskan .454 Casull revolver. Although it may look a little less impressive than Eastwood's .44 Magnum due to a much shorter barrel (only 2 1/2 in.), the truth is Dwayne's gun is twice as powerful. 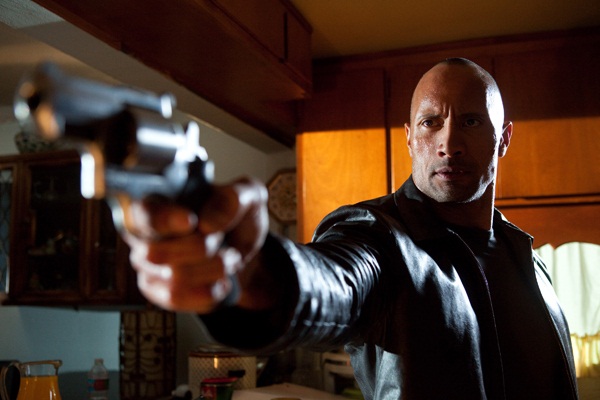 Indeed, the muzzle energy of a .454 Casull round can reach over 2,000 ft.-lb while a .44 Magnum is somewhere around 1,200 ft.-lb. As for the noise blasting out of that snubbie barrel...if the bullet doesn't hit the bad guy, the blast alone make his ears bleed and wet his pants.

The Ruger Alaskan in .454 Casull is indeed a beast of a gun and it looks vaguely familiar to me.
Hmm...I wonder where did I see one? ;) 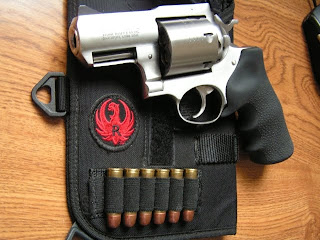 I'm ending this entry with an advice: don't pick this gun if it's your first time at the range and you just want to learn how to shoot. It may be the last time you'll ever touch a firearm.
Posted by Transsylvania Phoenix at 2:24 PM 5 comments:

VIDEO: Traveling Down the Road to Serfdom: History of Socialism from Marx to Obama

Economist Yuri Maltsev, defector to the US in 1989 recently gave this speech.
What is happening to America today is deja vu for him.

Posted by Transsylvania Phoenix at 3:40 PM No comments: