If you ever wondered why the left (starting with the liberal academic types as well as DU, D-Kos and ending with the violent Antifa/Anarchist organizations) has such a magnetic attraction to violent Islam, there is a movie I strongly recommend you to watch: 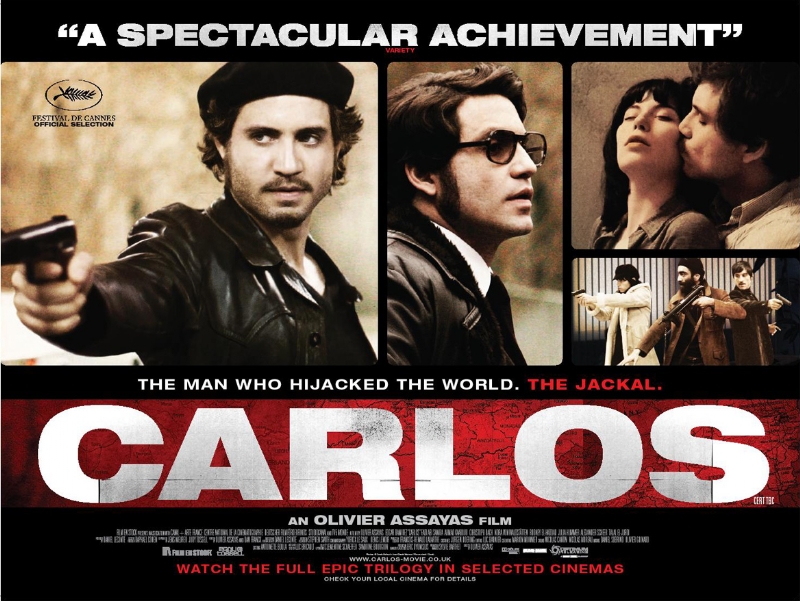 It is a 3 episode miniseries totaling almost six hours of film that documents in the smallest detail the revolutionary years of the infamous left wing terrorist Ramirez Ilich Sanchez aka Carlos the Jackal.

For those of you who were too young or not even born yet when this name was on the frontpage of newspapers all around the world, Carlos was the Bin Laden of the 70's and 80's.
Here is his biography: http://en.wikipedia.org/wiki/Carlos_the_Jackal

Carlos shared the same hate for capitalism and the Western civilization as the Islamists he worked for. His terror group was paid and supported not only by underground terrorist organizations in the Middle East but also by the dictators in charge of those countries: President Saddam Hussein of Iraq, Hafez Al-Assad of Syria and many others.
Carlos was also on the payroll of the KGB and even murdered two Romanian dissidents who worked for Radio Free Europe in Munchen, Germany at the direct order of the Romanian dictator Ceausescu.

It is very revealing to see in this movie how Carlos' revolutionary leftist ideals and grievances against the what he perceives as Western "imperialist" society are merging and matching perfectly with those espoused by his Islamic and communist employers.

You will see what happens to Carlos at the end of the movie when his Islamic friends don't find his services useful anymore. This could be a lesson from which today liberals and leftists who support Islamism and Sharia in the name of multiculturalism could learn something, if only they would have the ability to learn from history - which they don't.

Even if you don't have an account at Netflix you can open one, watch all the movies you want then cancel the account before the end of the free 30 days.
Posted by Transsylvania Phoenix at 9:27 AM No comments: