Fanfare Ciocarlia: the BEST ethno-funk brass band in the world - coming from the gipsy village of Zece Prajini (Ten Sticks) in Romania.

They touring in Canada and the United States and their performances are a smashing success with the American public - fully booked venues in every city they performed.  Last night the band performed at Grand Performances in downtown Los Angeles - the open air performance venue was full to the hilt. Hundreds of people who didn't manage to find an empty seat  watched the concert standing or dancing in the dance ring to Romanian, Gipsy and Balkan tunes.

Congratulations to Fanfare Ciocarlia and hope to see you back in America in 2014!

Remaining concert dates and locations for the US  and Canadian Tour: 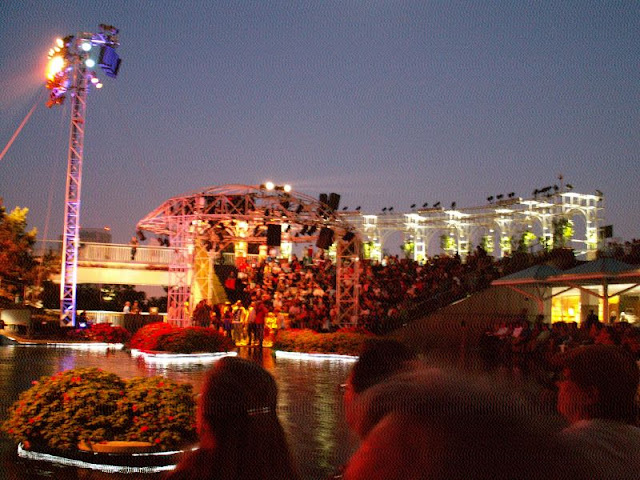 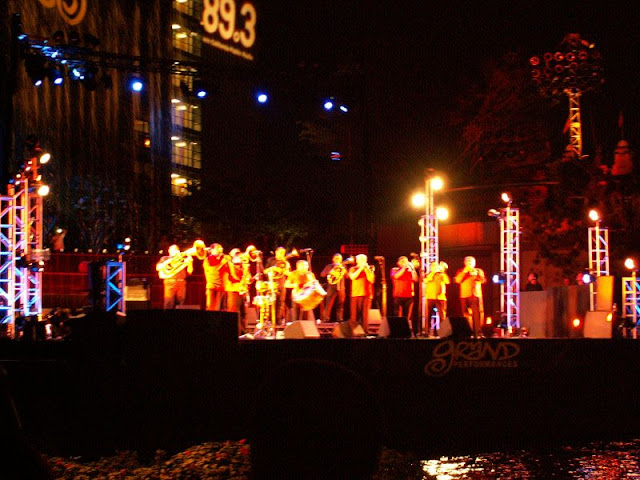 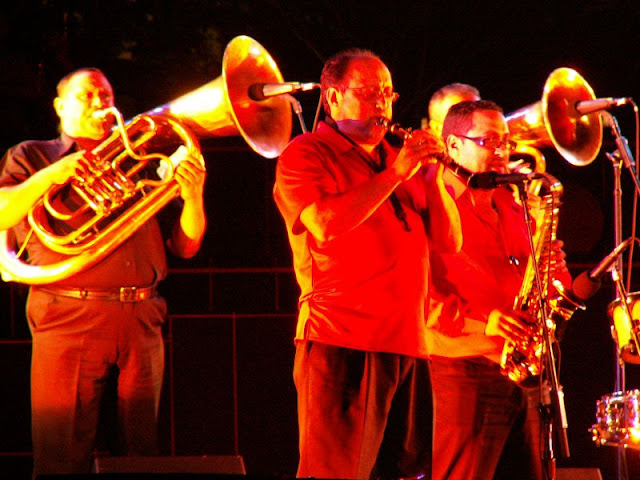 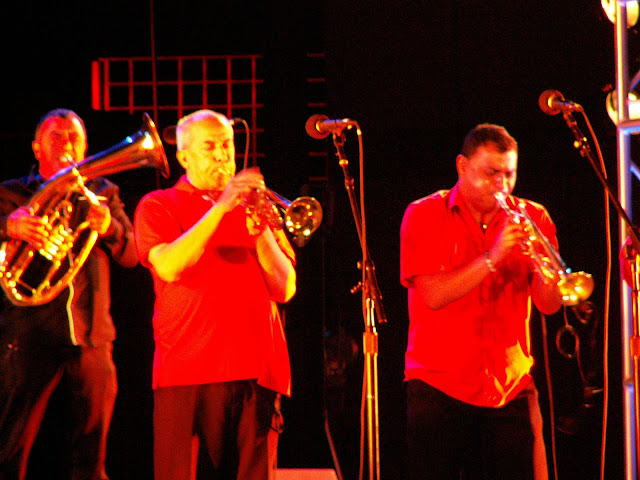 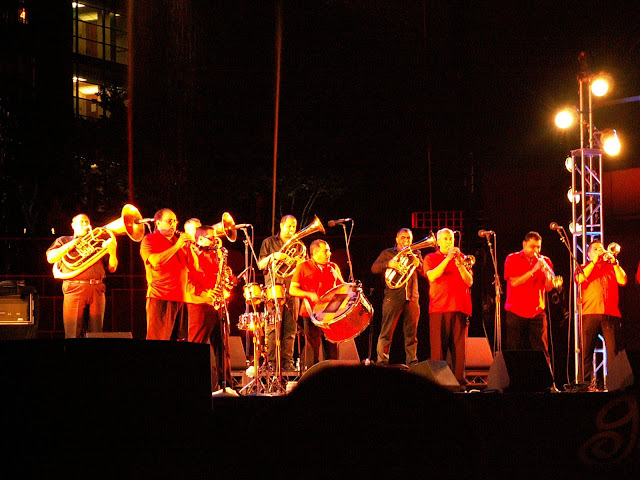 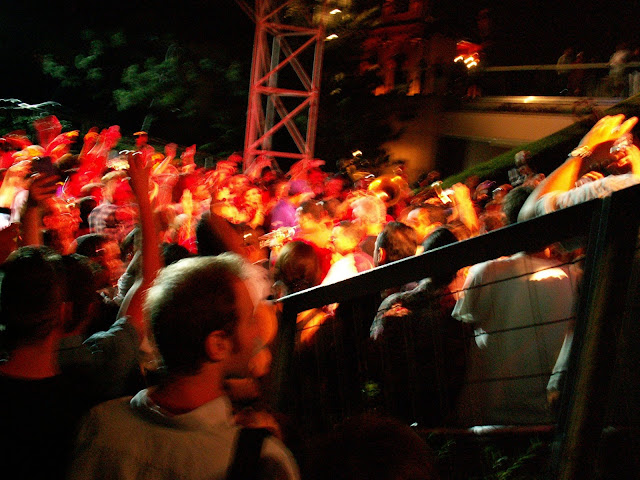 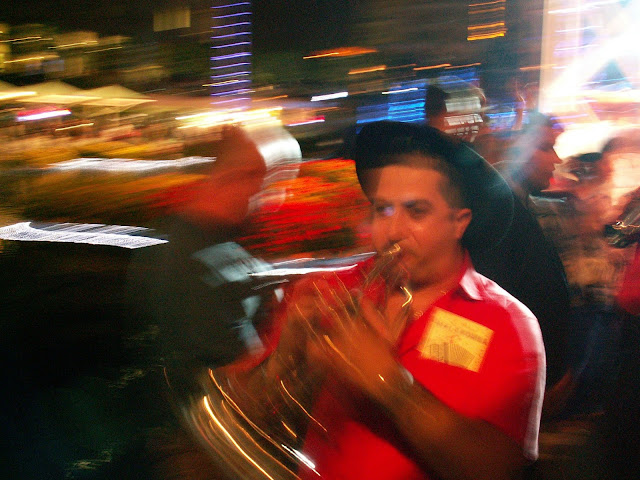 Posted by Transsylvania Phoenix at 9:59 AM No comments:

The majestic Charlton Heston about civil disobedience, refusal to submit to politically correct speech, civil rights and the Second Amendment.

Posted by Transsylvania Phoenix at 7:05 AM No comments:

Want to steal guns? There's an app for that!


Geolocate Dangerous Guns and Owners with the Gun Geo Marker. Geolocation means marking dangerous sites on the App's map so that you and others can be aware of the risks in your neighborhood.

The Gun Geo Marker operates very simply, letting parents and community members mark, or geolocate, sites associated with potentially unsafe guns and gun owners. These locations are typically the homes or businesses of suspected unsafe gun owners, but might also be public lands or other locations where guns are not handled safely, or situations where proper rights to own or use any particular type of firearm may not exist.

Electronically marking these locations can help others in the area learn about their geography of risk from gun accidents or violence. No matter what your safety concern with firearms might be, you should feel free to use this tool to provide the most accurate information you can such that others can make their own safety decisions.
As a crowd sourced information tool, the information about dangerous gun sites comes from users.

In other words, if you are a good liberal and suspect your neighbors or in-laws are gun-toting Tea Party type enemies of the State, you can use this application to oust and shame them in public. Not mentioning the fact that they will have a target painted on their back for both, the police and the criminals who are looking to break into homes and steal their guns. Very reminiscent of Stalin's strategy of ousting and eliminating kulaks with the help or the Communist Party faithful during the Holodmor - the 1932-1933 Ukrainian genocide.

Another earlier creation authored by comrade professor Stalbaum's is an app that assists immigrants to illegally cross the border into the US.
So there you go liberal smartphone users: prof. Stalbaum is offering a complete solution to help with your progressive agenda. Two apps complementing each other, the first one is enabling you to helps criminals smuggle drugs and illegal immigrants into the US, the second one will help the same criminals procure guns by pinpointing homes of gun owners.

Make sure you read the user comments on the app page - they're a riot! Here is just a couple of them:

I have to say I'm pretty disappointed with this app. I've staked out three homes listed and once inside found no guns. Its a lot more work going into a gun owners house as you probably know. You have to make sure they're not there or you might get shot. But anyway; nothing. Just a bunch of occupy and socialist worker party fliers. I think someone is punking this app with bad info. Anyway; the cartel was really counting on getting a few rifles now that their usual supplier, the Choomer, disappeared on them. I'll probably have to lay low for awhile myself... No scores and hiding out means no cash for months... thanks for nothing devs.

Thank you Gun Geo Maker! After using the app, I discovered that there were dangerous weapons at my local police station. Plenty of ar-47s and ak-5.56s that I'll be avoiding from now on.

My name is Jorge Luis Juan Gonzaga and I am an enforcer for Los Burros Muertes, a Mexican drug cartel based in Tijuana BC. Since the unfortunate events of last year when our largest firearms supplier Mr. Attorney General Eric Holder was investigated by the US Congress regarding the joint business venture we had with his representatives from BATF, our supply of US made AK47 and AR15 rifles kind of dried up. You may have heard about this in the media under the name "Fast & Furious". It was a hit that seriously affected our capacity to procure illegal guns from America and the fact that Pres. Obama was himself under suspicion to have been the one who masterminded the entire operation didn't helped either - in particular after he used the power of his office to stop the Congress from subpoenaing documents related to the communications between his advisers and the BATF officials involved in Fast & Furious. As you can imagine we were desperately looking for an alternative source of firearms to replace the ones supplied until last year by Mr. Attorney General Holder. This is when I found this wonderful app. Now I can locate gringo gun owners and steal their guns. Muchas gracias!

Posted by Transsylvania Phoenix at 9:06 AM No comments: