What I Have Learned From the Twentieth Century

Discovered this gem over at Sipsey Street Irregulars. It is a piece written 10 years ago by Mike Vanderboegh and his words are ringing today even truer than the day they were written. 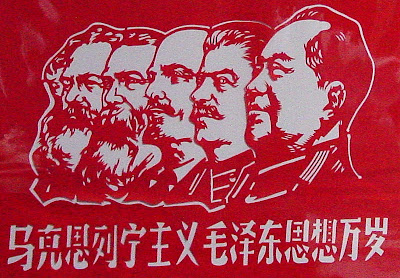 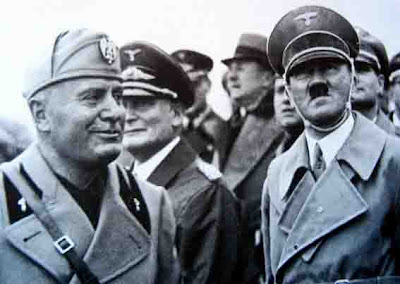 Meet the Faculty Emeritus of the University of Collectivism. They make the trains run on time, right to the execution camp gate.
Here's a tip: Don't get in the boxcar.

I wrote this ten years ago. By request, here it is again.

What I Have Learned From the Twentieth Century

From the Liberty Pole
June, 1999
by Mike Vanderboegh

As an amateur historian of this sad century whose time is almost up, I would like to reflect upon six lessons I have learned in my studies. Folks who wish to live free and prosperous in the next century would do well to understand the failures of the past.

LESSON NO. 1: If a bureaucrat, or a soldier sent by a bureaucrat, comes to knock down your door and take you someplace you do not want to go because of who you are or what you think -- kill him. If you can, kill the politician who sent him. You will likely die anyway, and you will be saving someone else the same fate. For it is a universal truth that the intended victims always far outnumber the tyrant's executioners. Any nation which practices this lesson will quickly run out of executioners and tyrants, or they will run out of it.

LESSON NO. 2: If a bureaucrat, or a soldier sent by a bureaucrat, comes to knock down your door and confiscate your firearms -- kill him. The disarmament of law-abiding citizens is the required precursor to genocide.

LESSON NO. 3: If a bureaucrat tells you that he must know if you have a firearm so he can put your name on a list for the common good, or wants to issue you an identity card so that you be more easily identified -- tell him to go to hell. Registration of people and firearms is the required precursor to the tyranny which permits genocide. Bureaucrats cannot send soldiers to doors that are not on their list.

LESSON NO. 4: Believe actions, not words. Tyrants are consummate liars. Just because a tyrant is "democratically elected" does not mean he believes in democracy. Reference Adolf Hitler, 1932.

And just because a would-be tyrant mouths words of reverence to law and justice, or takes a solemn oath to uphold a constitution, does not mean be believes such concepts apply to him. Reference Bill Clinton, among others.

The language of the lie is just another tool of killers. A sign saying "Arbeit Macht Frei" (Work Makes You Free) posted above an execution camp gate does not mean that anybody gets out of there alive, and a room labeled "Showers" does not necessarily make you clean. Bill Clinton notwithstanding, the meaning of "is" is plain when such perverted language gets you killed. While all tyrants are liars, it is true that not all political liars are would-be tyrants -- but they bear close watching. And keep your rifle handy.

LESSON NO. 5: Our constitutional republic as crafted by the Founders is the worst form of government in the world, except when compared to all the others. Capitalism, as well, is a terrible way to run an economy, except when compared to all other economic systems. Unrestrained democracy is best expressed as three wolves and a sheep sitting down to vote on what to have for dinner. The horrors of collectivism in all its forms -- socialism, communism, national socialism, fascism -- have been demonstrated beyond dispute by considerable wasteful trial and bloody error. Leaders such as Bill Clinton who view the Constitution as inconvenient and ignorable are harbingers of tyranny.

LESSON NO. 6: While nations do not always get the leaders they deserve, they always get the leaders they tolerate. And anyone who tells you that "It Can't Happen Here" is whistling past the graveyard of history. There is no "house rule" that bars tyranny coming to America. History is replete with republics whose people grew complacent and descended into imperial butchery and chaos. Dictators count on the assistance of people who are complacent, fearful, envious, lazy and corrupt. While there is no "Collective guilt" to the crimes of a regime (all such crimes being committed by specific criminal individuals), there is certainly "collective responsibility" -- especially for those who watch the criminals at work without objecting or interfering.

A French journalist of the last century wrote: "I must speak out, for I will not be an accomplice." Evil tyrants require, indeed they depend upon, willing and unwilling accomplices -- good people who would never think of harming a soul themselves. Lenin called such people "useful idiots."

De Tocqueville observed that "America is great because America is good. When America ceases to be good, she will cease to be great." As related in the Old Testament, God judged nations based upon the immorality and criminality of their leaders. Entire peoples were scourged because of their failure to remove corrupt leaders.

As we move from the Twentieth Century into the Twenty-First, we should take care to remember the ancient story of Sodom and Gommorrah. If we wish to avoid the butchery of the Twentieth Century and the righteous judgment of the God of our antiquity, we would do well to keep our Bibles, our Constitution and our firearms close at hand.

In the backgound: Siegessäule monument (Victory column). Hitler's favorite landmark in Berlin, the column represented a symbol of German superiority over Denmark, Austria and France
Posted by Transsylvania Phoenix at 10:23 PM

i am going to post it at my own little shop, for the 20 or 30 people a day who drop by. laughing.

but, they need to know this.

i liked it in february, and i like it now.

i have posted this article in its entirety at:

i think this is a great article, adn i hope only that i can disseminate the truths therein to a few more people. after all, my readership runs in the 10's. laughing.